Fiber optic cables manufactured in a production unit need to undergo several mechanical tests to ensure their suitability to use in outdoor environment. While some tests are intended to assure the capability to use in outdoor environment, there are some tests that assure their suitability with the installation machines used for deployment. Sheave test is one of such tests. Sheave test is a kind of mechanical test which tests the strength of cable and its sheath to withstand the repeated movements through the sheaves.

Fiber optic cable may pass through several pulleys before entering the duct in the deployment field. If the cable sheath or elements crack, then that cable is not advisable to install inside the duct. The cracks generated on the sheath surface or the breaks happen inside the cable may grow later, which will ultimately lead to failure in the field. Sheave test is not a usually conducted test unlike tensile test, crush test, impact test etc. However if the cable is intended for use inside the ducts and will be installed using machine with pulleys, it needs to be tested for sheave test. 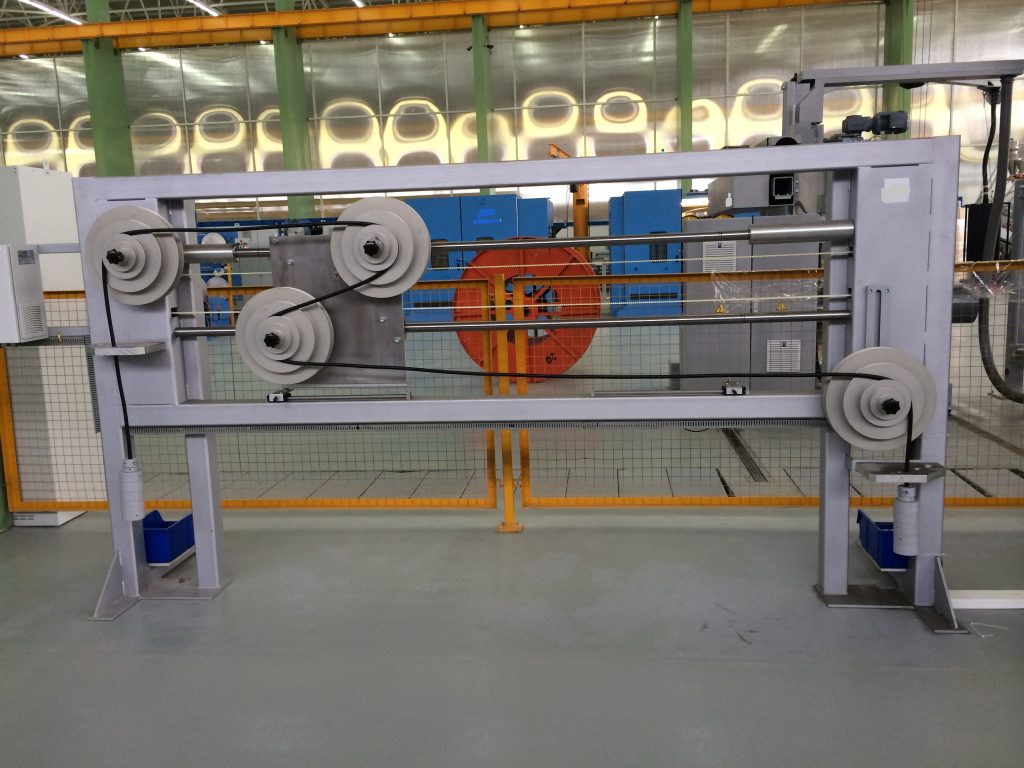 Since Repeated bend or flexing test is similar to sheave test, many cable makers do not conduct sheave test. However, international standards such IEC had mentioned about Sheave test in their standards.

One model machine that can be used to test sheave test is shown below. Fiber cable manufacturers can buy this kind set up from test equipment suppliers or they can assemble it in their workshop. Your mechanical engineer can assemble a similar set up with the help of your electrical engineering team to automate the test conditions. These days, automation is necessary to impress your customers and hence it is recommended to use a bit of automation on the Sheave test setup.